Such Powerful Software Is Completely Free!

A few days ago, I heard a show about Satya Nadella, the current CEO. Relying on his accurate grasp of the direction, Microsoft, which had missed mobile Internet, failed to locate, and gradually showed its decline, regained its vitality, and its market value was once reached new highs.

Indeed, as a developer, I pay more attention to Microsoft’s subtle changes. Whether it is an operating system or development tools, we cannot leave the world’s largest provider of computer software.

If open source and free were mentioned 3 years ago, I would definitely not think of Microsoft. In recent years, I have gradually begun to feel that Microsoft has become closer to users, embracing trends and changes from the original rigid and remote company.

Windows 10 joins the Linux kernel, open source VS Code, and acquire GitHub. Every time Microsoft moves, I see this giant once again clarify its undisputed dominance in the software field.

What makes me feel most strongly is vs code.

Recently, another Microsoft open source tool on GitHub aroused my interest, and after the trial, I was very surprised. It is PowerToys. Let’s introduce this collection of conscientious tools.

It is an indisputable fact that many features of Windows are very difficult to use. However, for so many years I have never seen the meaning of Microsoft making changes. Therefore, we have to use some enhancement tools to make up for the shortcomings of Windows in some aspects.

For example, people who have used macOS are deeply in love with its focused search function, but because Windows does not have this function, they have to seek help from Listary, Everything, and Wox, or use a combination of these tools.

Of course, Windows needs to be enhanced and improved far more than this.

The open source of PowerToys allows me to see Microsoft’s determination to improve the Windows experience.

PowerToys is a collection of useful tools. It is not a new thing. Windows 95 had this tool, but Windows developed this more efficient version for Window 10 system under the original inspiration.

Currently PowerToys includes the following 7 functions, each of which is very useful.

FancyZones is a feature for setting and adjusting the layout of the desktop window.

For computers with larger screens, if multiple windows can be displayed on the same desktop, the visualization and reading efficiency will naturally be much higher.

However, in the past we could only adjust the size of each window manually, which was very inefficient. And FancyZones can easily solve this problem.

File Explorer Add-ons is a function used to enhance the file manager, currently only has the preview window function, and this is a function of the existing system itself.

This is the file preview function; you can see the preview content after selecting the file. Before the comparison, svg and md support were added.

This is a function that is more useful to me. Whether in life or in the development process, I always deal with images. Sometimes I need to modify the size of the image, which has always troubled me, and I have never found an image size modification tool that impresses me.

Image Resizer only needs to select the picture that needs to be modified, click the right mouse button, and choose to reset the picture size.

PowerToys Run is a relatively novel and very practical function among the above-mentioned functions. It can be said to be a highlight of PowerToys.

In fact, the function of PowerToys Run is not unfamiliar. It is actually a start+search function similar to the focus search under macOS. This feature has not been available on Windows, and only third-party tools such as Listary and Wox can be used to make up for this deficiency. And now, Microsoft finally brought it to Windows through PowerToys Run.

Shortcut Guide is a function that displays a Windows shortcut guide.

This function is a very good function for students who love efficient operation or are not familiar with shortcut keys. The reason why shortcut keys are called shortcuts is because it does improve the efficiency of computer operations.

However, the question is how to remember these crunching shortcuts?

In the past, I used it to check it online, which is obviously very low-key.

Long press the win key for 1 second, the guide interface will pop up, it will tell you all the shortcut keys related to the Windows key, so you don’t have to worry about remembering so many shortcut keys.

PowerToys is a very powerful software that can meet your daily needs, and the most important point is that it is free!

How To Solve Common Problems Of OneDrive?

The Solutions To Solve The Problem That BitLocker Cannot Be Enabled 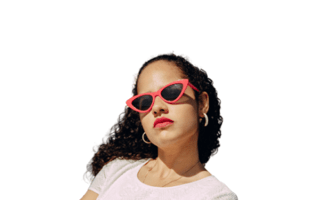