Science fiction works can often bring us different feelings and let us enter a world full of magical imagination. It not only brings us unlimited imagination, but also causes reflection on reality and thinking about the future. In addition to having breadth and depth, the works of science fiction can often gain many fans.

When it comes to science fiction animations, Doraemon is the one that has to be mentioned. As a science fiction comedy animation, it describes a cat-shaped robot from the 22nd century returning to the 20th century, with the help of various future props taken out of the four-dimensional pocket, to help Nobi to solve the various difficult problems around him.

This work is almost everyone’s childhood memories, and its theme song has also been adapted into various languages, with a high degree of vocalization, which shows the importance of this early science fiction animation in the hearts of the audience.

In 2805, human civilization was highly developed, but the earth was no longer suitable for human habitation due to the massive increase in pollution and domestic waste. The people on earth were forced to leave their hometown in a spacecraft for a long and boundless journey into the universe. Before leaving, they entrusted Buynlarge’s company to clean up the earth’s garbage, and the company developed a robot named WALL·E to take on this important task.

These robots work hard day after day and year after year according to the procedures, but with the passage of time and the erosion of the harsh environment, the WALL·Es have been damaged and stopped moving. In the end, only one is still working on this seemingly endless work. After a long time, it began to have its own consciousness. Later, after WALL·E met and fell in love with the robot Eva, it followed Eva into space adventures.

In addition to the love theme of the film, the film is generally regarded as satirizing some lifestyles, including obesity, environmental destruction, consumerism, leadership and other issues.

Rick and Morty is an American animated science fiction sitcom created by Justin Roiland and Dan Harmon. It tells the story of the genius Frankenstein’s grandfather taking his grandson on various crazy adventures. Every time you watch an episode of this animation, you will involuntarily marvel at the direction of the plot.

Moreover, each episode is an independent story, telling different topics. This science fiction animation is not only rich in plot, but also pays tribute to some classic TV movies from various angles. The most important thing is that there are all kinds of irony to reality and rich imagination of science fiction.

For example, there is an episode called Battery Universe. This episode has very rigorous logic, imaginative plot, and well-controlled time rhythm. It explains the meaninglessness of life and the slavery of a certain meaning. When the scientist of the universe discovers that he is just a battery, it means that he and the battery he developed are just tool people. The profound themes of this episode can’t help but trigger human thinking and reflection on technology and human nature.

7.Ghost In The Shell

The most special thing about “Ghost in the Shell” is its richness. Whether it’s story setting, character creation, visual performance, and theme elaboration, you can have many ways to enter the story. Reading and understanding this animation from any angle, it can shine with a different light, which is intriguing.

In this work, the future is connected with the network system. Because of the advanced technology in the future, it will become common for machinery to replace human organs. This has also led to a very close connection between humans and the Internet.

In this environment, some special forms of crime have begun to appear. In order to solve these crimes, a special operation team Ghost in the Shell was established. This work not only describes crime, but also considers the relationship between humans, machines, and the Internet. This also allows humans to constantly reflect on whether there will be a direct link between the human brain and the network in the future, or whether the network will replace humans.

This is an epoch-making Japanese science fiction animation carefully created in the late 1990s. In 2071, with the realization of super-light-speed navigation technology, human beings can easily move within the solar system. However, due to design errors, this technology triggered the explosion of the moon, and countless lunar debris was attracted to the earth, causing unprecedented Catastrophe. The surviving humans fled the earth and began to build homes across the solar system.

Due to this disaster, the national government and other power institutions are extremely unstable, and public security issues have become a problem. Some organizations have begun to allow individuals to catch wanted criminals in exchange for bonuses. So, four people and one dog got together and roamed in space.

In this animation, various cultural symbols from different countries are blended and become a highly influential sci-fi work.

Mighty Atom is regarded as one of Japan’s most famous sci-fi comics. The work has been adapted into animation many times. Among them, the first television animation of the 1963 version was Japan’s first television serial animation, which became a sensation in Japan once it came out. This smart, brave, and righteous little robot is almost everyone’s favorite.

As the first domestic TV series animation in the true sense, this animation has been broadcast on TV for four consecutive years, setting and maintaining an unprecedented high rating.

There are many sci-fi amines, and the Japanese sci-fi anime “Attack on Giant”, which was popular after 2000, occupies an important position. The story takes place in 743 when the world’s natural enemy “giant” suddenly appeared in the world. Humans and their mothers were swallowed by giants.

With unspeakable hatred and hatred for the giants, he vowed to kill all the giants and join the investigative corps to launch revenge. The animation-derived movies, games, and TV series are all very popular.

Psycho-Pass sets the background in the future. Everyone lives in a world controlled by a network system. Everything in this world can be foreseen. A person’s emotions, personal abilities, desires, and psychology can all be expressed in the form of data. So according to the system, a person’s life can be arranged. From what industry you enter and do, or what your partner is like, are arranged according to the system.

Under this system, even crimes can be predicted in advance, because a person’s emotional and psychological fluctuations will manifest as numerical value. In such a general environment, there are special police officers who maintain order, and such police officers will exist as a combination of executive officers and surveillance officers. Such a science fiction animation tells a possible future. We don’t know whether our future world will have such a system.

This is a collection of animated short films, covering many types and forms. Each episode of the short film has a different director and a different subject, including fantasy, science fiction and horror. It shows what a state-of-the-art animation product should look like. Many of the stories have adopted the most imaginative forms of expression. Both content and form make it a unique work.

In general, “Love,Death&Robots” is a very interesting work. It is worth watching whether it is a hardcore anime fan or an audience interested in media innovation.

This work tells the story of a doctor working in a psychiatric research institute and working with a genius scientist to invent an instrument “DC MINI” that can monitor and change the dreams of patients.

This work is not only sci-fi, but also a bit more brainstorming. It seems that this is an anime that is difficult to understand. But in fact, this work mainly talks about the alternation of human dreams and reality. 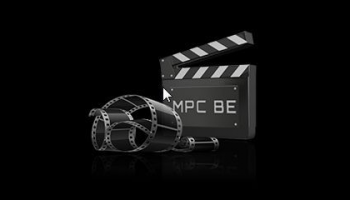 Practical Tools-Make Animation From 1080p To 4k Per Second